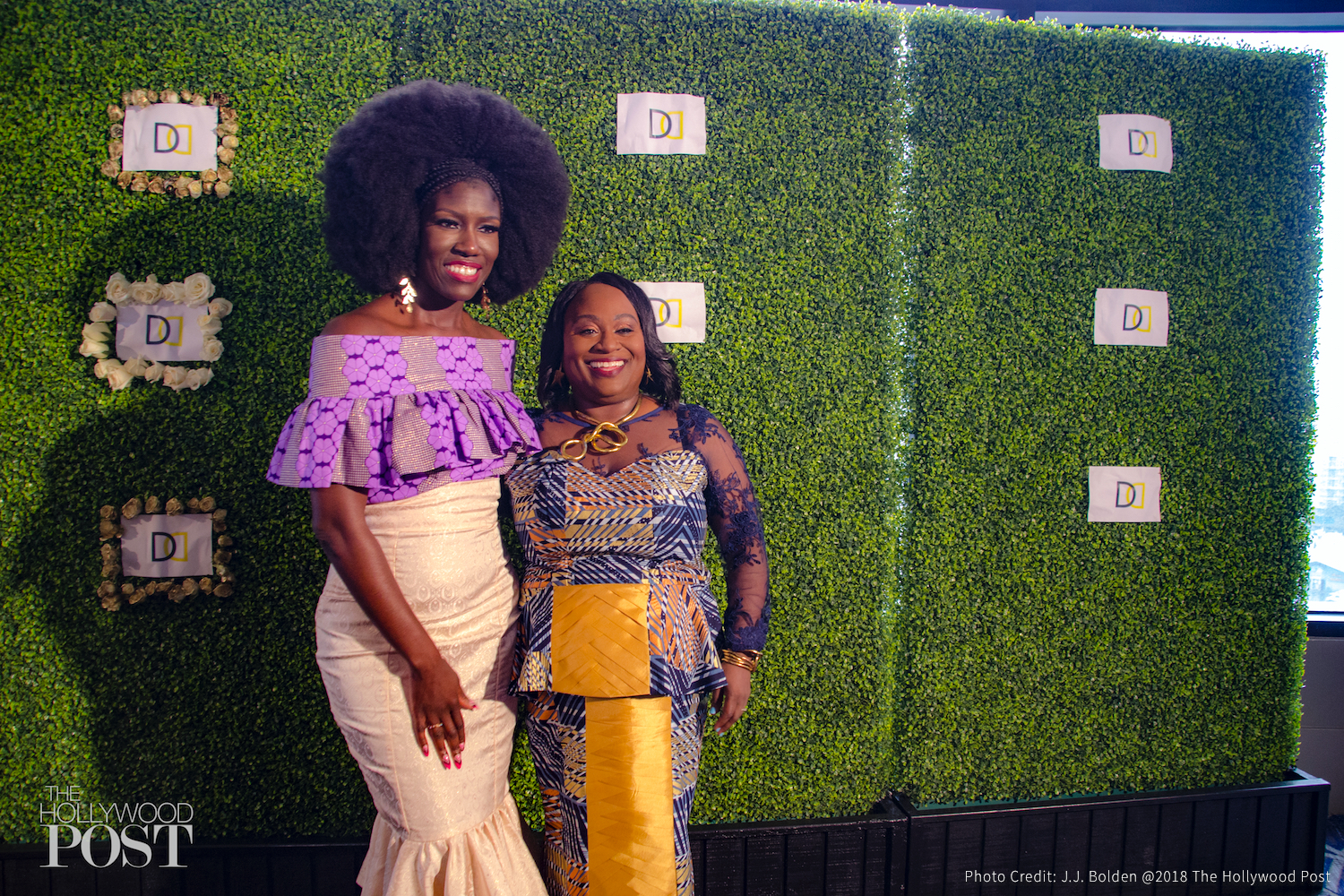 “This is an opportunity for everyone looking at Africa and its diaspora to see how African women are not only beautiful, regal, intelligent, powerful, resourceful and resilient,”Mills shared, “we are owning our own narrative and reclaiming our Queendom for the world to see.”

While the atmosphere was charged with a buoyant, electric energy out the gate— dancing, laughing, singing, hugging and tears of joy among guests and honorees alike—the spirit in the room was perhaps most palpable as Grammy winning vocalist Estelle belted out hit after hit during an exclusive, intimate and highly emotional performance.

Among the five prestigious Women of Power honors bestowed this season are the:

Among the many heartfelt speeches that served as testaments to the positive spirit elevating the room, Sulmers delivered one of the most highly relatable takeaways of the day:

“When I realized that they wouldn’t give me a seat at the table, I built my own.”

The event also featured a peek at The Diaspora Dialogues, a new series executive-produced by Mills. Diaspora Dialogues bridges gaps between Africans based on the continent and Africans across the diaspora with topical conversations focused on healing and cultural exchange.

Prior to producing The Diaspora Dialogues, Mills earned her Hollywood stripes as a successful talent manager and public relations executive, managing the careers of her three thriving sons who are each actors and young executives with their own production endeavors: Kwame Boateng (Everybody Hates Chris, The Plug), Kwesi Boakye (Colony, Claws), and Kofi Siriboe (Girls Trip, Queen Sugar). Boateng and Boakye were among presenters at this season’s Women of Power gala, along with actresses Nicole Ari Parker, Monique Coleman and Wendy Raquel Robinson, and models Ebonee Davis and Mame Adjei. Malinda Williams, Isaiah Washington, Renee Lawless, Skye Marshall, and broadcast journalist Roland Martin were also present