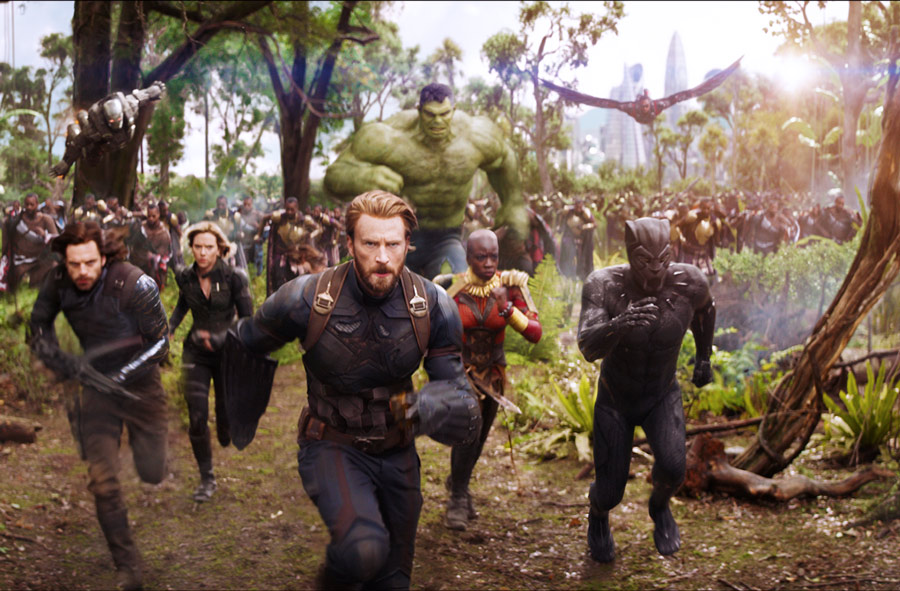 Avengers: Infinity War…so much I can’t talk about that it pains me. Thanos, however, demands my silence—plus, I don’t want to spoil this emotional rollercoaster ride across the Marvel Cinematic Universe for you.

Infinity War is a brisk walk down an action-packed memory lane, reliving all of the greatness that is Marvel Studios — quite apropos as fans celebrate its 10th anniversary.

How the filmmakers successfully weaved such a deep plethora of characters and story lines together into one cohesive thrill ride is a feat. Balancing those thrills and laughs with only a slight push to any political allegory is a true accomplishment in filmmaking.

If you are a fan of the Guardians, you will like this movie.

If you are a fan of the mystical world ruled by Doctor Strange, you will love this movie.

If you yearn for Spider-Man, then yes, there is something for you.

There were so many Marvel characters that I would not have been surprised if the X-Men or even Howard the Duck showed up on the screen for Infinity War.

You leave knowing that the story is not all over, but with no clear clue to what will happen next.

So, yes, while Thanos does demand my silence, I will say this:

You will leave knowing that filmmaking is an extraordinary feat and that Marvel has captured the magic of it.

Avengers: Infinity War is definitely worth the price of admission, following closely behind The Black Panther phenomena in drawing a whole new generation of fans into the Universe.