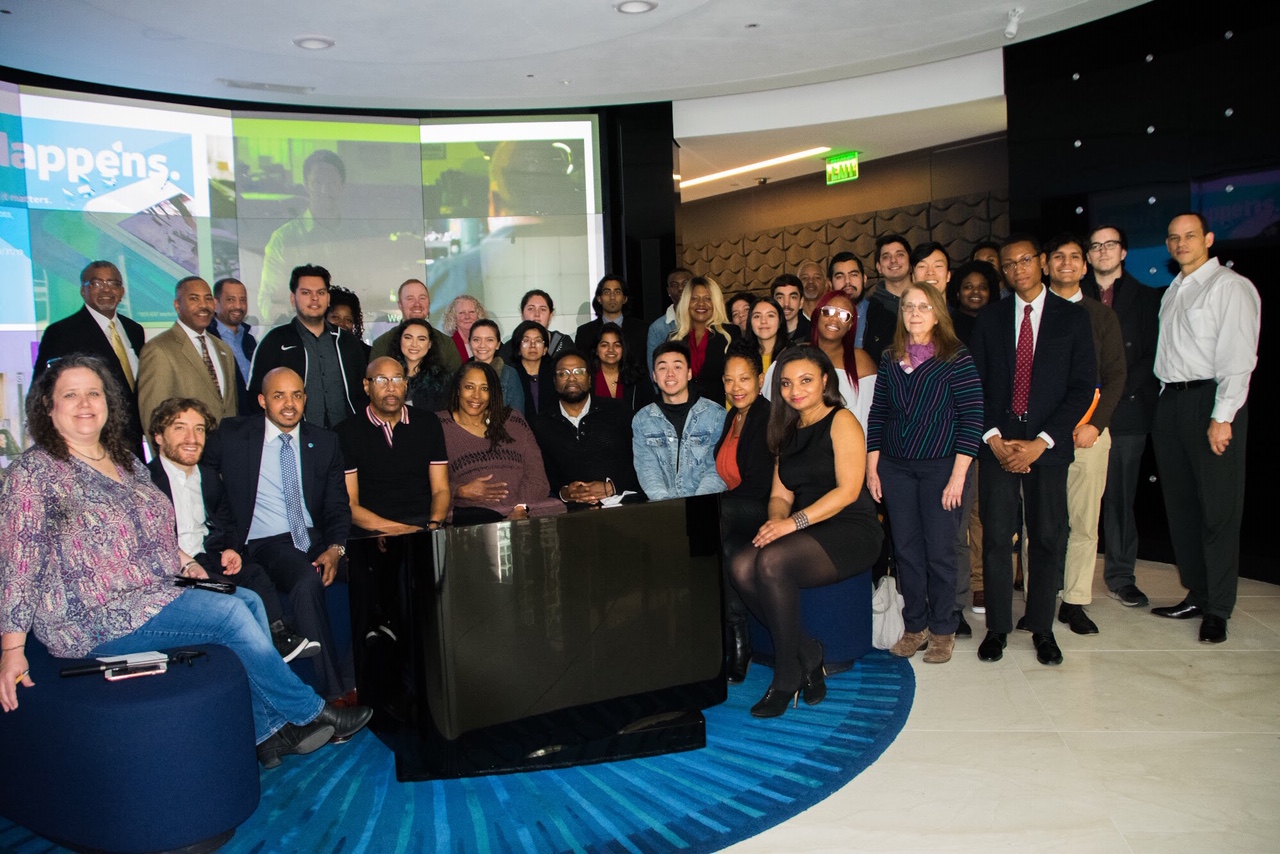 Los Angeles, California — A wealth of tech and entertainment professionals, digital media educators, and more treated a diverse group of students from Cal State Los Angeles, USC, Santa Monica College and more to a day of career workshops and a tour of AT&T Entertainment headquarters in Los Angeles this week.

The workshop event—titled “Your Career Toolbelt: A digital media career experience for students, educators, and creative builders seeking to enter Silicon Beach”—featured presenters and mentors representing some of the best established and emerging companies across the worlds of tech, entertainment, digital media.

Actor, comedian and creator of the Easterseals Disability Film Challenge Nic Novicki pointed out that 1 in 4 Americans is living with a disability—one quarter of the population, making this pool of more than 60 million Americans the largest minority group across the nation.

The opportunity to see server rooms, software testing labs and more behind the scenes at AT&T broadened students perceptions of where they may fit in to this and similar professional environments.

Lead by Kevin Clark, Dakar Digital Media Academy is a nonprofit organization which delivers mentorship, community service and digital media education programs—and, as Jay Tucker told the room today, is focused on making sure that the wheels of progress don’t roll over our communities.

Along side AT&T, event supporters and sponsors include CSUEA, InternX, A2mend, and the Tuskegee Airmen Foundation.

Buy Your Ticket for UCLA PULSE on Feb. 8