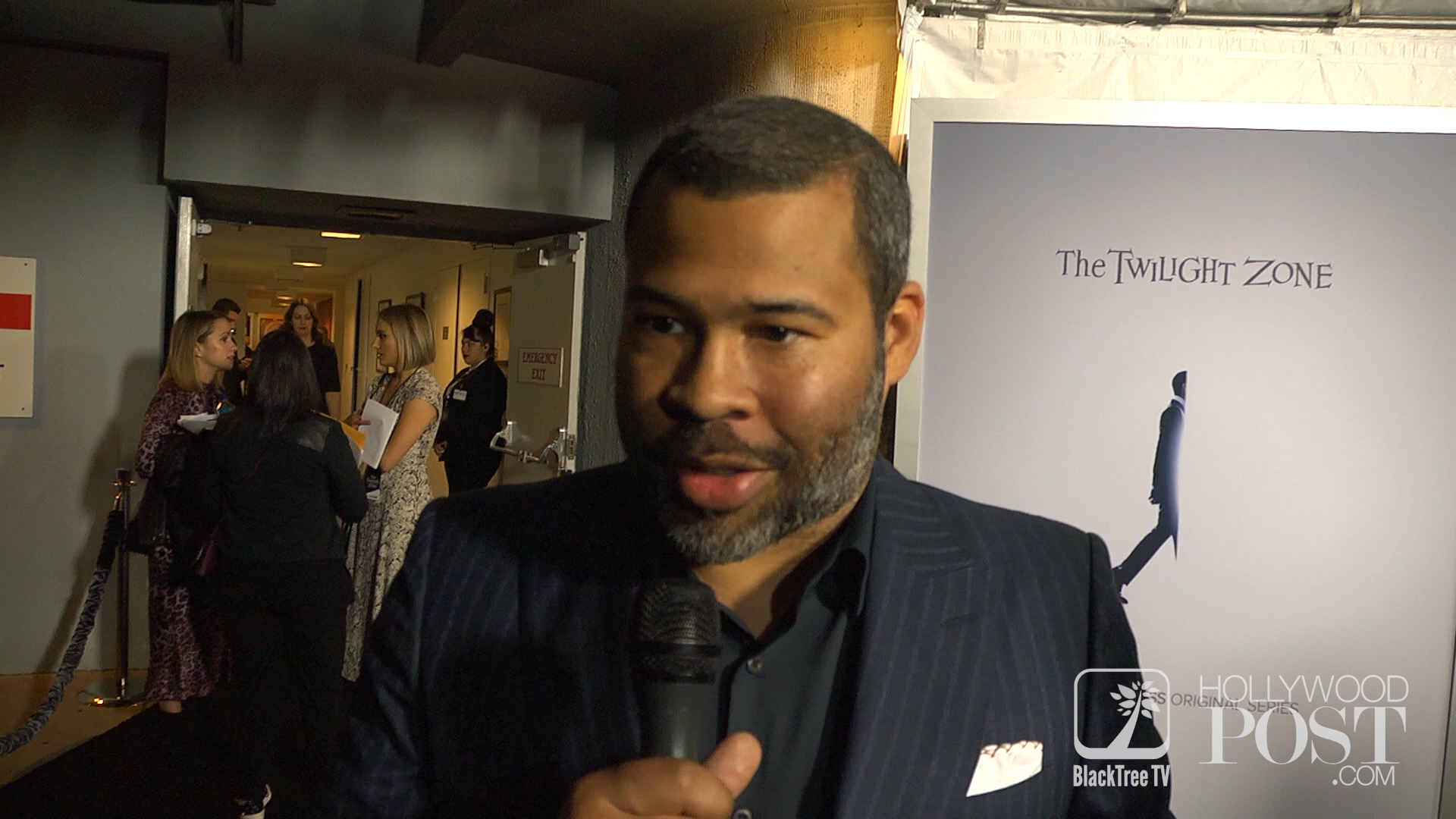 Step into The Twilight Zone with Jordan Peele

Los Angeles, California – Hot on the heels of a history-making weekend for big screen horror Us, the movie’s director, writer and producer Jordan Peele touched down in Hollywood tonight for the premiere of the Twilight Zone.

The highly anticipated series redux stars Peele and streams on CBS All Access. He initially had reservations about stepping into Rod Serling’s shoes and doing the show, but, as he said:

“How could you turn down something that little 12-year-old Jordan Peele wouldn’t even be able to dream?”

He ultimately forged a way to pay homage to Serling, yet still be himself and truly own his own place within the Twilight Zone universe. And if Rod Serling where alive today, says Peele: “I would tell him thank you for everything.”

“The storytelling that (Serling) championed is why I am able to imagine telling stories the way I can right now.”

Catch The Twilight Zone streaming only on CBA All Access beginning this April. Check out the channel’s seven-day free trial here. Plans include basic streaming service at $5.99 per month or pay $9.99 monthly for its commercial-free tier.

Digging into #PetSematary with Stars Amy Seimetz and Jason Clarke