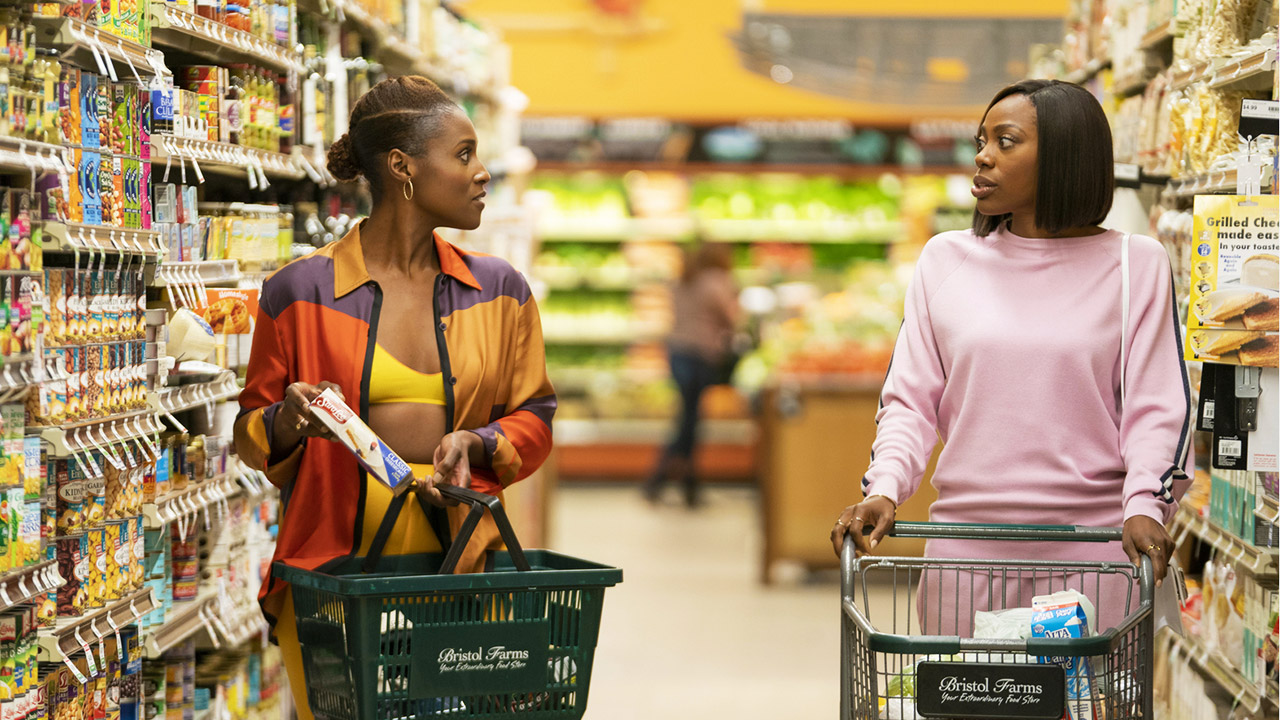 And if tonight’s episode, “Lowkey Thankful,” has taught us anything, it’s that both women are at fault for the relationship rift hinted at in the Season 4 opener – making the volley equally relatable and painful to watch.

First, Molly came for Issa in the season premiere when she told her, “You know your life don’t have to be this messy, right?” Molly was of course talking about Issa’s tough but mature choice to keep working with Condola (Christina Elmore) even though Condola is dating Issa’s ex-boyfriend, Lawrence (Jay Ellis).

Then Issa came for Molly in the second episode when Molly told her that Andrew (Alexander Hodge) still wasn’t opening up. Instead of being supportive, Issa flippantly said, “It seems like you always finding a problem … Aren’t you tired? Because I’m tired for you.” Shortly after, when Andrew called to apologize, Molly lied to Issa and said it was a work call.

The writers and producers showed us Issa’s point of view first and then Molly’s in the following installment, but episode three successfully showed us both perspectives equally – and it wasn’t pretty.

The dust up started this time at a Bristol Farms grocery store on Thanksgiving Eve. Issa and Molly happily shopped and shot the breeze until Molly asked Issa’s advice on whether or not she should invite Andrew to her family’s Thanksgiving dinner.

“Y’all only been talking what, two or three months?” Issa asked. “You gone pull an old Molly and scare his a** away.” Molly, who is an attorney after all, had a biting rebuttal when Issa then put a few items back because she needed to spend money wisely. Issa then added that she and Condola were in the home stretch of the block party.

“I don’t know why you keep acting like everything’s cool with that,” Molly quipped. When Issa assured her things were cool with Condola, Molly made a snide remark about Issa, Condola and Lawrence being a “throuple.” This of course prompted Issa to coldly remind Molly that she and Dro were in an actual throuple with his wife because of Dro’s open marriage. Then Molly took shots at Issa’s former hookup buddy, TSA bae.

The two women then confessed – after Issa pointed it out – that they were coming for each other and had been for the past couple months.

Instead of working it out right there in the salad dressing aisle however, they agreed to address it over sweet potato pie on Thanksgiving. The sad part is, a bunch of things happened on Thanksgiving that kept them apart. And when Issa had the choice to actually go to Molly’s parents’ house to try and salvage her friendship with Molly at the end of the night, she chose to raincheck it.

Perhaps one of the reasons is because the heart-to-heart Issa should have had with Molly at the supermarket took place instead between Issa and her brother Ahmal (Jean Elie) over Thanksgiving Mexican food.

“I think Issa was able to open up to Ahmal because he’s her brother and has nothing to gain from the situation,” Elie told the Hollywood Post. His portrayal of Ahmal has gained a lot more depth this season. “He’s going to see it from both sides and give her the best advice possible.

“Molly on the other hand loves Issa and Issa loves Molly, but Molly seems to feel threatened by Condola,” Elie added. “So any advice Issa may receive from Molly might be a little jaded.”

Regardless of the reasons why Issa didn’t try harder to mend the discord between her and Molly, the choice is setting into motion an inevitable blowup that could tear apart Issa and Molly’s friendship forever. Or, at the very least, for a really long time. A breakup between Issa and Molly could have unexpected consequences on the show and how fans perceive it as well.

For instance, there doesn’t seem to be much of a Molly Hive despite the fact that most would agree, Issa isn’t blameless. In comparison, when Issa and Lawrence broke up, there was a very clear line drawn down the middle of black Twitter of those who supported Issa – mostly women viewers – and those who supported Lawrence. The latter is made up of mostly male fans of the show.

These two warring “Insecure” factions, aka the Issa Hive and the Lawrence Hive, still take shots at each other even though Issa and Lawrence are cool. Some would say they’re even friends now. Heck, the way Lawrence smiled at Issa’s Instagram story at the end of this week’s episode implies they could get back together someday.

But not enough fans are taking Molly’s side on Twitter, which means that when things get worse between them in the coming weeks, very few fans will be rooting for Molly. But someone needs to be sympathetic to Molly because all fans should be rooting for the survival of their friendship. The bond between Issa and Molly is the heart of “Insecure.”

When Lawrence broke up with Issa because she cheated, it was Molly who held Issa while she sobbed. It was also Molly who pretended to run into Lawrence in Season 2 to see if Lawrence would ever take Issa back. In turn, Issa has always been the one to defend Molly when Kelli (Natasha Rothwell) and Tiffany (Amanda Seales) have tried to drag Molly.

Without Issa and Molly’s previously strong and reflective bond – two beautiful dark-skinned goddesses against the world – this show is just another half-hour romantic comedy. And we all deserve better than that.